How much super should I pay myself when I’m self-employed? 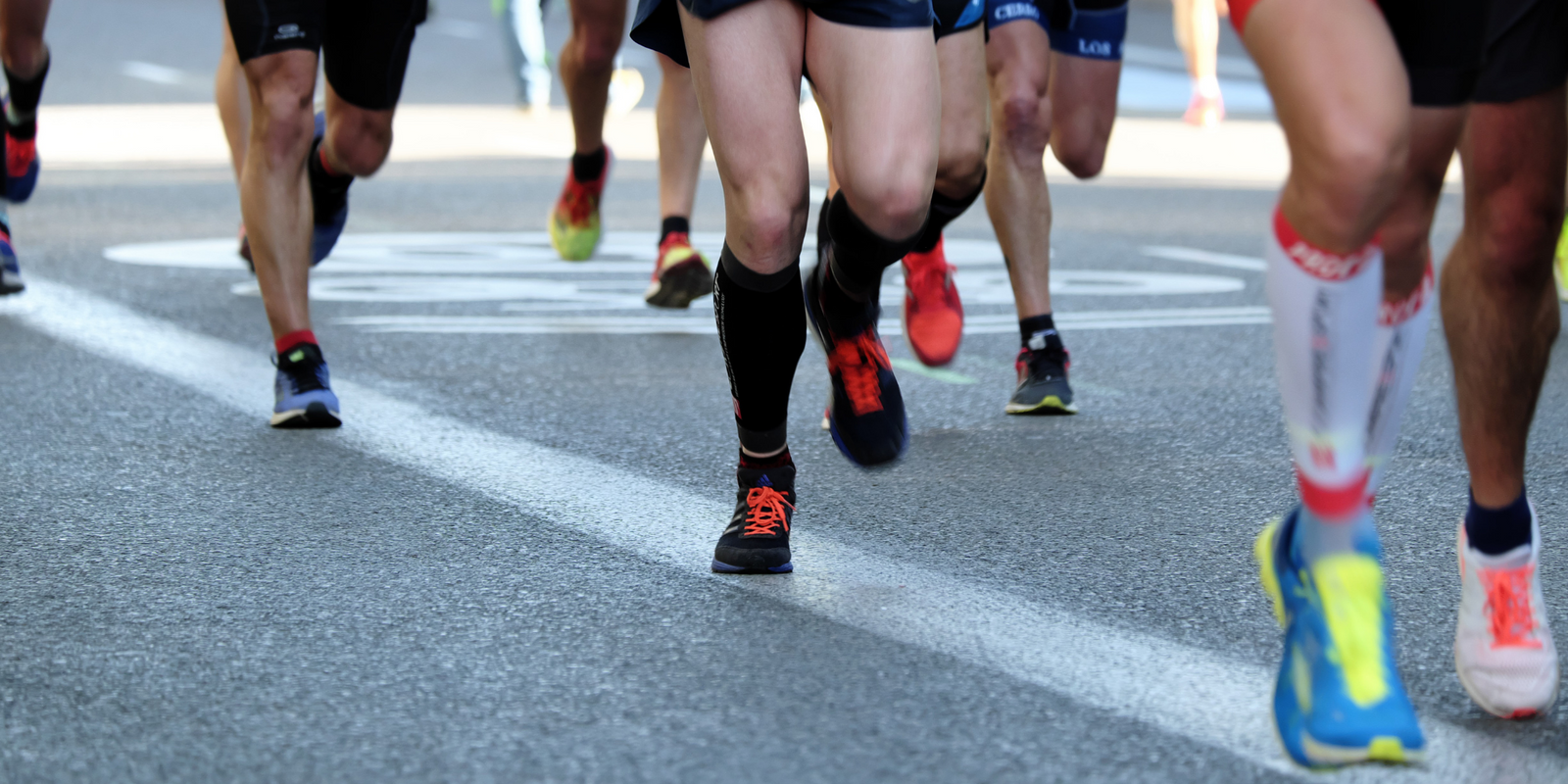 Self-employed people don’t fit in a box. A one person business is as unique as the individual running it.

So it’s impossible to slap a templated answer on exactly how much you should be saving in your super.

For instance, if you don’t have any retainer clients, you might see a drop in income at certain times of the year and want to vary how much you’re putting away during that time.

On the other hand, if you’ve got a great retainer client (or a few), you might be stashing away a consistent amount in super, but then may want to adjust that saving if you drop the client.

And if you’re ‘not the business’ – for example, let’s say, you run an eCommerce store – you may plan to sell the business as an asset when you retire. In which case, you might want to stash a little less away over the years, than someone who ‘is the business’ – like a copywriter perhaps, or an independent contractor…aka someone who doesn’t necessarily have that business to sell off.

So when you look at it from this top level view, it’s easy to see how the complexity of super becomes even more confusing when you overlay the self-employed person’s filter over it.

But the good news is…

…regardless of how you make an income doing your own thing – you can use a simple framework to work out how much super is right for YOU.

When you’re self-employed it can be pretty hard to actually get excited about putting money away for your future self.

There’s so much time between you and retirement, right? So much time, there’s no harm waiting until next week…

Or next month, when things calm down…

Or next year, when you’ll be earning more.

It’s all too easy to treat it like a 100-metre sprint that you’ll somehow pull off ‘one day…when the time is right’.

But deep down you probably know that superannuation is not a 100-metre sprint.

Heck…it’s not even a marathon.

Instead, it’s much more like *training* for a marathon.

People have all sorts of reasons for wanting to run a marathon.

Whatever the reason, it’s THAT focus that helps someone stay on track and keeps them coming back day after day.

Same goes for tackling your super when you’re self-employed.

Find the WHY that’s going to keep you showing up – chipping away regularly at your super.

Or Li the designer who wants to be close to the beach.

Or Amanda the copywriter who’d love to retire to an isolated log cabin with excellent wi-fi.

And if the future is too far away to dream about…

…your WHY can simply be because you want to be a good boss.

Like with any good training, a coach can make all the difference – holding you accountable, helping with the strategy work, making sure you still show up (*especially* when you really don’t feel like it).

It’s the same with your super. When you’re an employee, your boss does all the grunt work. In fact, it’s the equivalent of your boss doing all the training for you.

But when you’re self-employed, you ARE the boss.

You’ve got skin in this game and you need to put your own best interests at heart.

It’s time to coach yourself like someone you care about — because that finish-line feeling only happens once in your lifetime.

How much super should you pay yourself?

Now that you’ve got your WHY, how much super should you pay yourself when you’re self-employed?

It would be great if there was a nice, neat answer, maybe even a formula…oooh an algorithm!

But we have to be real.

Because what you can put away will likely depend on how business is going at any given time.

But the important thing is to understand that unlike your employee friends who are made to put away at least 9.5% of their income, you have the advantage of flexibility.

You can start small and work your way up from there.

Even if it’s 5% of your income, or maybe 2%. Or perhaps $10 a week, even, just so you can break down those initial superannuation mindset barriers.

And while you can start putting away that money from what you’re already making, it might be wiser to use this opportunity to revisit your pricing.

And sure, that can feel awkward, but you’re probably already behind with your retirement savings and you may not be able to afford a chunk of your salary to disappear.

So pop the shame spirals or guilt to the side and get hung up instead on how excellent you are for chasing this up now – not leaving it to become a could-have-been.

It can be hard to part with a big chunk of money at the end of the financial year. Saving smaller amounts – you can access when you need to – is often easier to manage. We’ll help you calculate a 9.5% weekly saving, but you can start with as little as $10 per week.

Because at the end of the day, no one gets to retirement and thinks to themselves “I wish I had less super”.

GIG TIP: If you want to up your pricing to include your super, you might want to increase slowly — try 2% this financial year and revisit again in the new financial year.

Why the weirdly specific number? If you’re earning less than $54,837 there’s a way to get the government to put up to an extra $500 into your super account every year if you make some personal contributions into super.

Known as the Government Co-contribution, this benefit helps low income earners build up their super. And the great news for all the busy self-employed peeps out there is that there’s no paperwork involved with these co-contributions.

If you’re eligible, any government top-ups are automatically credited to your super account once you’ve done your tax return in the year in which you made the contribution. (As long as you haven’t already claimed those contributions as a tax deduction).

Let’s break it down:

If you’re earning more than $54,837 you can actually use your super contributions as a handy way to slash your tax.

The government knows that locking money away for a really long time probably isn’t most people’s preference. So they incentivise us all to do it with reduced tax inside super.

So you see, money made from earnings that’s put inside super is taxed at 15%, versus outside of super where it’s taxed at your marginal tax rate (which can be as high as 45% – yikes!).

However, when you’re self-employed and making personal contributions, it’s really important to note that if you want the earnings you contribute to super to be taxed at 15% instead of your marginal tax rate, you have to claim your contribution as a tax deduction.

So how do you actually claim your personal contributions as a tax deduction?

Here’s the way to do it with most funds:

It’s not hard. But in this day and age it does feel unnecessarily complicated. However, it’s an important way to keep more money in your pocket – so it’s a bit of pain, for a lot of gain.

Take advantage of the system.

Even though it can help you reduce the amount of tax you’re paying, the tedious process can put people off. Which is why we’ve automated that process.

When you set up your GigSuper account, just tell us that you want to claim all your personal contributions as a tax deduction, and we’ll automatically send you the receipt you need to claim your tax deduction come tax time.

Amount to save? Sorted. What now?

Once you know how much you want to start saving into super, it’s time to get across the mechanics of how to actually pay yourself.

Everything you need to know about how to pay yourself super when you’re self-employed is IN THIS BLOG POST.

But before you start, just a few quick things worth thinking about:

Bring all your super together

If you’ve had more than one employer before you started working for yourself, you might be one of the 36% Australians with more than one super fund.

Consolidating all your super accounts into one fund – aka ‘rolling your funds over’ in superannuation speak – is a lot easier these days than it used to be several years ago.

In fact, you can do it all through your ATO account via myGov.

It’s simple to find lost super and worth checking if you own a share of the $17.5billion of lost and unclaimed super in Australia.

Better odds than the lottery.

Gig tip: New laws kicked off in 2019 to protect your low balance super accounts from being eaten away by fees and insurance. This could mean old, forgotten funds pop up in your ATO account.

Check your super for self-employed trap doors or benefits

When you’re choosing the fund to roll all your super into, take the chance to get across the insurance offered.

Check if and how the fund refers to self-employed people in their Insurance Guide or PDS. It’d be a bummer to roll over your super and get some momentum going but then…you’re not covered if you work for yourself.

Also make sure you consider any potential loss of existing insurance or other benefits you might have with your existing fund(s) before you consolidate your super.

Gig tip: Open your fund’s insurance guide and use Ctrl+F to search for ‘self-employed’ or ‘self employed’. Whilst it isn’t foolproof, it’s a quick way to see if your fund has anything that specifically leaves out self-employed people from being covered.

The gender pay gap is just one of the reasons women end up with less super than men.

Women are more likely to have parental leave and career breaks – during which time they usually don’t have that 9.5% going into their super.

But women generally live longer than men, so their super needs to stretch further. For many women, the super numbers just don’t add up.

Women who leave the world of traditional employment and go out on their own are way more likely than men to undervalue their skills, charge less, and underpay themselves super.

But self-employed women are made of strong stuff.

WE CAN BE THE CHANGE WE WANT TO SEE.

You didn’t like working for someone else – so you made your own job.

You don’t like the gender pay gap – so don’t pay yourself less.

You don’t want to retire with nothing – so start your super saving now.

You’ve totally got this!

Once you’ve worked super into your pricing and you’re ready to start stashing away your amount – no matter how small – we can help you do it with ease.

GigSuper is purpose-built for self-employed people.